As of tonight, the donor bike is finally in the house.  Along with all the other major components necessary to breathe life into this bad boy of balancing brilliance. 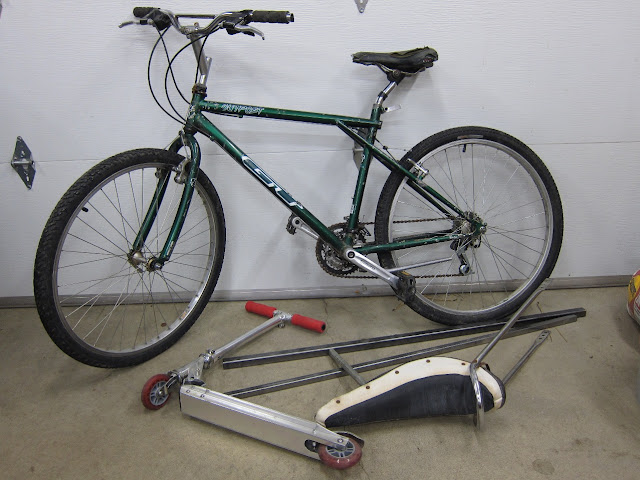 As for the donor bike itself, it took an arduous search spanning several weeks.  At one point I even began the process of building up a bike at Pedals2People, but then quickly came to my senses about how much time I'd burn by going this route. 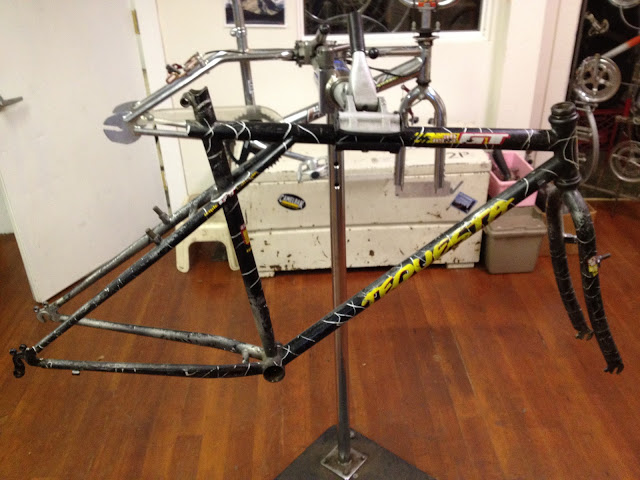 In the end, the lucky sweepstakes winner was living only about a mile from my house. 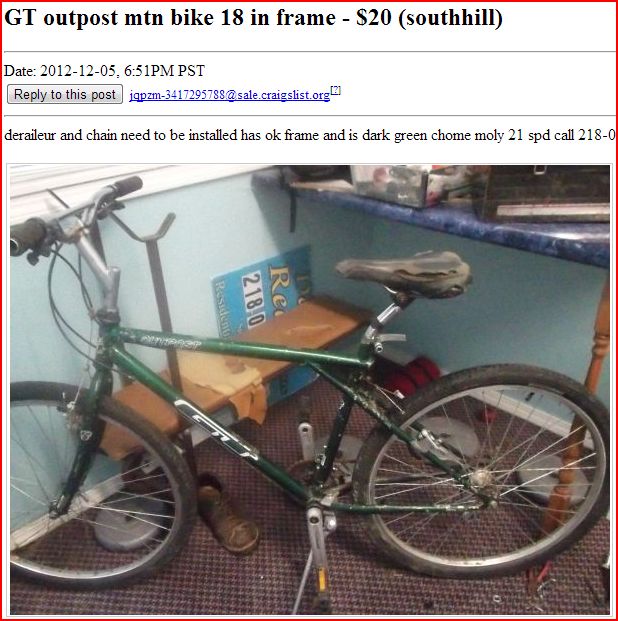 
I paid the full asking price, proving once again that a fool and his money are soon parted.  But in my defense, the front brake works, so there's that.  The scooter was here already, and so all up, I'm into this whole project for around 40 bucks so far.  It can't go over a hundred, by proclamation of myself.  That gives me 60 bucks to play with.  I'll be stopping back by P2P two or seven more times, for sure.

As for truth in advertising, if the seller had used the term "beat to shit" in his ad, he would have still fallen a little short.  This thing's a total pile. To his credit, though, the guy did tell me on the phone that "it could use a little paint".  After I got there, he showed me how taco'd the rear wheel is.  But I knew all this going in.  It's the Christmas season and I was after a Charlie Brown tree that I could love into something better.  Guess I found it, then. 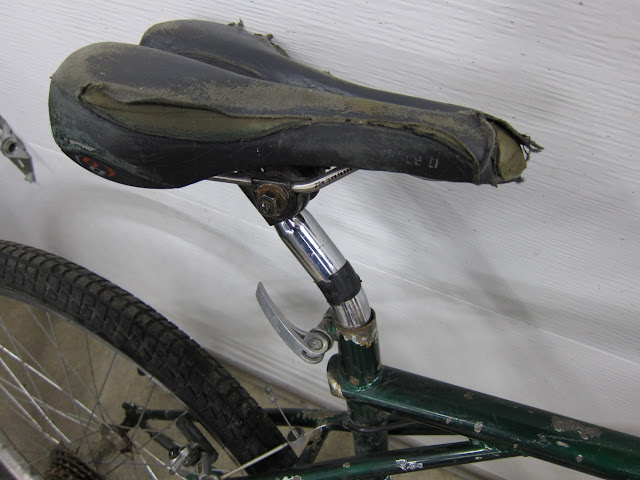 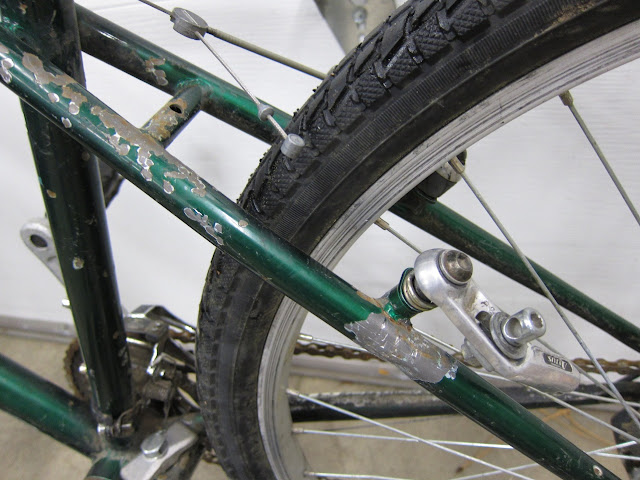 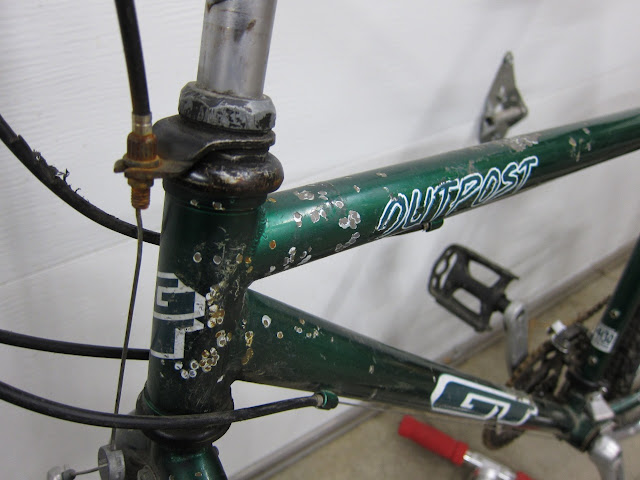 Bike aesthetics, meh. This project is strictly about function. And that function is specifically about training me to live life on my rear wheel.  That's the aesthetics I'm talkin' 'bout!!  Let the fabrication commence . . .
Posted by Pat S at 10:24 PM

TBCC, my thoughts exactly. Great to hear from you again. It's been a while.

With that quick release on the saddle I'm surprised nobody stole it yet.

You just need some counter-weight: http://surlybikes.com/blog/post/is_it_possible_to_wheelie_the_big_dummy

Geez, I would've given you a bike that's less than half as beat up as that for free.

You should thank the previous owner for the customized seat post, because the resultant rearward body shift will get the front wheel off the ground that much easier.

That GT has the distinctive signature of a shotgun blast fired by a jealous husband.

I'd call that a back door bicycle.

Was the seller seeking to lower his profile?

Might want to be careful where you pop your wheelies.


Won't those long chain stays make it harder to get it up?

Sweet Honey in the Frock said...

Short ones pop up faster and last longer, but some riders are skilled with the lenghty ones.

You're in luck with the GT, though. They don't call it the stoutpost for nothing.

I hope the rider enjoyed the awesome sick jump that bike took as much as the seatpost did.

Did someone take a BB-gun to the frame? Maybe they were trying to stress-relieve the pile...

Get all the best spirits and wines on Duty Free Depot!