It's finally time to let the cat out of the bag, pardon the pun, regarding what THIS POST was all about. In short, it's bike hang season, and it was kinda sorta my turn to host one and John asked if maybe we could kinda sorta totally re-purpose it.  I've always been into re-gifting, in a bigger way than I actually care to admit online, but anyway this seemed like almost exactly the same thing to me and so I was all in.

What made it even doner, come time to do the doing, was that John actually showed up with a plan, as in, an actual blueprint! 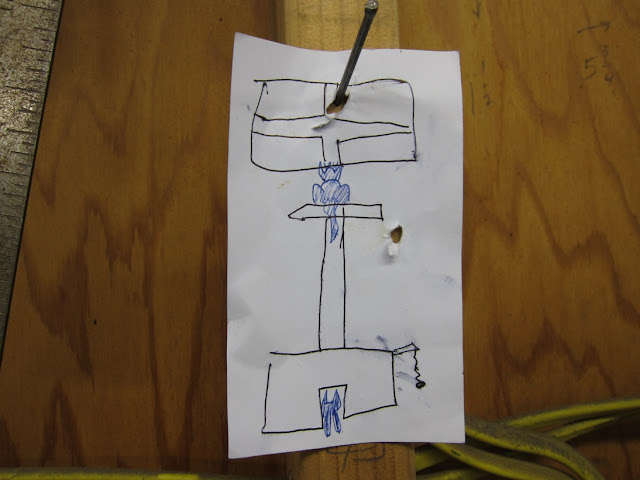 Come to find out, it was Maddie who put the actual sketch together. John was just the messenger.  I could have not been less surprised, when the truth was finally revealed.  Still waiting for an actual John sketch of something he wants to build, then.  But awesome drawing, Maddie!  The cat on the perch, looking out the window, tail hanging over the edge . . . now that just nails it. (Sorry, pardon the pun. Again.)

But I digress.  The re-purposed purpose of this hang was to put together a worthy indoor cat tree for Maddie's cats. On a shoestring budget. There are people out there making big bucks selling overpriced, junky cat trees out of the back of beat up pickup trucks in the back corners of Fred Meyer parking lots, and then going home to their mansions at night and feeding caviar to their own hordes of cats and then passing out on fluffy piles of money and I'll be darned if John was gonna feed this madness. I was all in!  Got your back, pal!!! 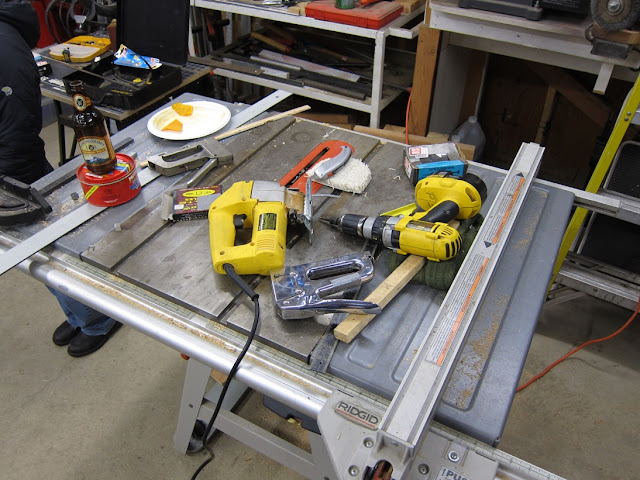 The following is a poorly-focsed  pic of Patty, Steph, and Bill, pondering, John, pondering the box that he had just built.  I assure you that nothing that happened during the course of the evening was even remotely as serious and boring as it appears to have been in this picture. Or as cerebral. 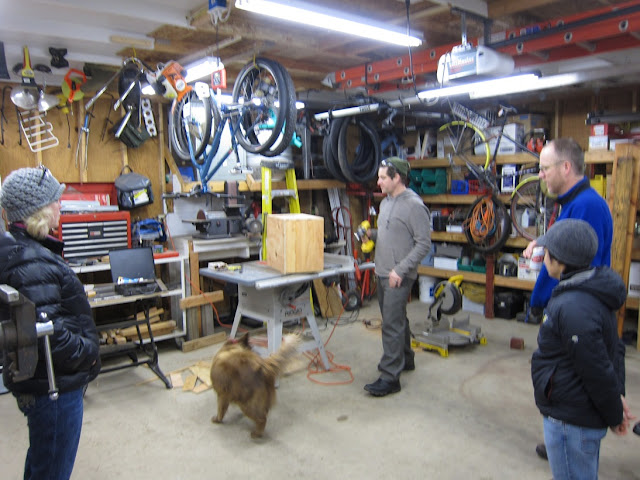 Bill took on the carpeting task, without a word being spoken. It was magical, and if I ever did what he is doing in this pic, in terms of body position, I would tear every ligament in both knees.  How a dude can  possibly be that flexible is just the stuff of legend. 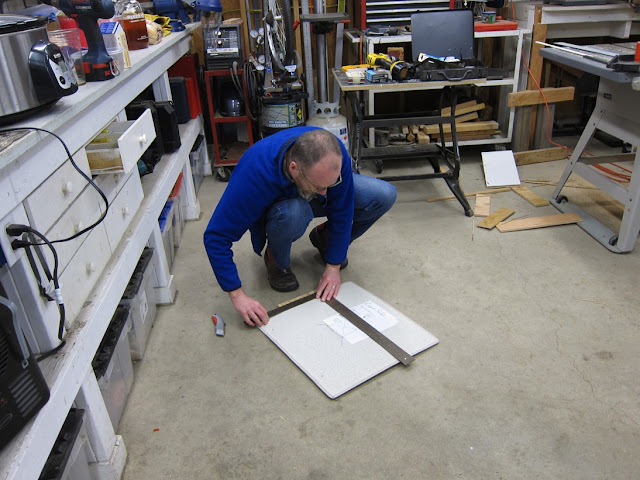 Patty was giving me major krap grief all night for not wearing safety glasses and I would just like to point out that hers are not exactly in a position that they will be providing her with the maximum benefit, in this next pic. Not trying to start a war here, just sayin'. 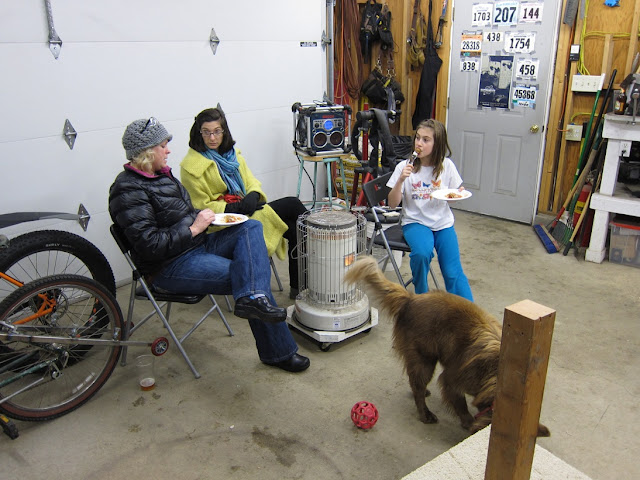 This final pic pretty well sums up the vibe of the whole night . . . a proper product, built to a proper specification.  Maddie looks about as confident in the process as a person could possibly be.  And why shouldn't she? She obviously got exactly what she was after.  Now, if only she could get through to her old man. 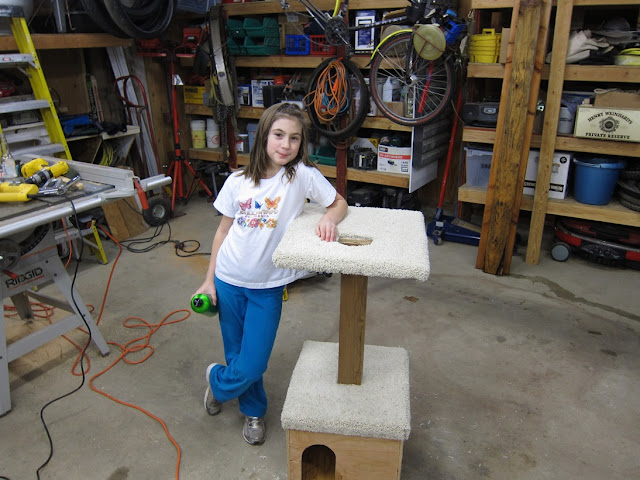 On a final note: It's possible that Maddie might come here and look at pictures, at some point. So I wanted to not swear once during this entire post. And I did it. Damn! It wasn't easy, but it just proves what you can do, when you really put your mind to it.

On a finaler note, nAtE didn't show, in case you were wondering. He might hate cats, I am not sure, but just trying to tie all the loose ends together for you. Some lame excuse about how he was working or something. Same deal with Wade, except his excuse also included how he was working late in order to save lives in the ER. SUPER LAME! Like I haven't heard that one before.
Posted by Pat S at 1:28 AM

Waiting for a spoke with a ball and string to be attached so this post becomes bike complete.