Get Your Thirst On

Something totally rad that has been in the works for way too long, due to way too much bullshit red tape (as I understand it), is about to pop. 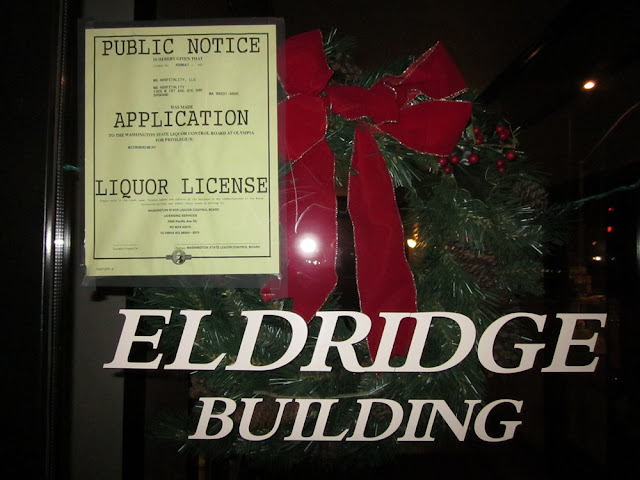 Yep, River City Red is about to get the green light.

Other than the fact that it concerns beer, why is this item so newsworthy on a bike blog?  Shush. That was rhetorical, dummy.  Allow me . . .

The gale-wind force behind this project (who shall remain anonymous, but let's just call him Gage), is one helpless mother of a bike-love-tortured-and-twisted-soul.  Sure, he has other "interests", but let's be honest: He has a bike problem and it's not going away until that first shovel of dirt hits the top of his coffin. Probably not even then.

Yeah, lots of us have immense bike passion.  What's different about Gage though, is that there's massive action behind the passion.  He facilitated the Spokane Bike Summit and totally conceived and then executed this awesome double century that a guy I work with did and said was hands down the best organized and supported ride of its kind ever (and believe me, he's done a few), and a ton of other things I am aware of but which in whole, probably comprise less than 10% of Gage's bike-force resume.

Latest case in point:  Even though he started a brewery that will probably never actually produce any beer (sorry Gage, couldn't resist!), he also started a cycling club around said brewery way long ago last year and synergized it into one of this past season's most active clubs in Spokane.  All around a beer that didn't even exist. Magical, this dude.

I remember a particular bike hang last winter where he had developed and was agonizing over the details of the logo for this latest enterprise.  Per the next photo, I think he hit a home run.  (Don't let the Adonis modelling the kit against the beauty of the Washington coast lead you to believe that it wouldn't look just as good on your common-man frame against the backdrop of this gritty town.)

So that's a bit of going on, on my part, possibly. Let's just see if we can boil this all down to a couple of tangible points:

1. It will be our job, as cyclists, to "sample" River City Red.  I fully expect that we'll all be able to 'taste the bike in the beer'. Which will be awesome.

2. And when we do find it to be the best beer ever, as I expect, it will be our job to hound our local establishments about why the hell they don't have it on tap and what kind of hacks are they, anyway.

Pretty simple then, actually.  Thirsty yet?
Posted by Pat S at 10:59 PM

Pat - This ranks up there with the nicest things that anyone has ever said about me. You are too kind and too generous in your praise, and that is very much appreciated.

It is true that I have a deep love for bikes and beer and hope to do right by both of them in the coming year. And, speaking of which, just last night we received the final piece of paper needed to sanction, approve and otherwise bless our little operation, so the brew schedule is being made right now with beer to follow soon.

Thank you for your kind words and sharing the message about the brewery!

Congratulations on securing all your permits and licenses!! What a milestone, considering the sounds of what it has taken to get to this point.

Very excited for you and for what River City Red will soon be adding to our local offerings!

Love to hear about more local brews and of course bikes! Let us know when it is open and I will let Glen and Andy at the Hop Shop know. They love pouring the local stuff! And I love paying to drink it!